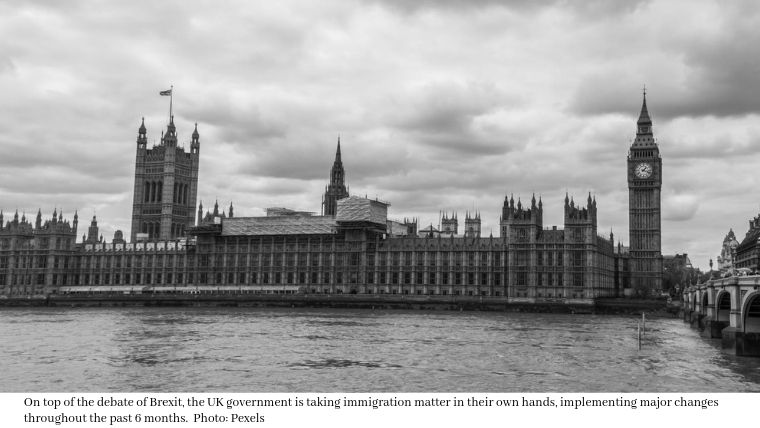 The UK government made multiple accountments within the past 6 months, on new Immigration Bill, policy reform and program suspension. These changes are responses in resolving the concern of raising immigrant numbers within the country, and to combat global tax avoidance, terrorists funding and money laundering (AML). Of all changes, most concerning was the reform of UK Tier 1 Investor Visa with the ineligible of the government bond investment option, and the replacement of Tier 1 Entrepreneur program with Innovator Visa required only £50,000 as investment fund.

On 8thDecember 2018, “Statement of Changes in Immigration Rules: Written statement - HCWS1159”, government intended to suspend Tier 1 Investor Program till 2019, until new policies are released. Also stated major changes will be implemented to Tier 1 entrepreneur visa as well as Tier 2 and Tier 5 visas.

11thDecember 2018, announced program would not be suspend immediately to avoid large amount of rush of applicants, but confirming the reform direction of entrepreneur visa.

On the “STATEMENT OF CHANGES IN IMMIGRATION RULES ordered by the House of Commons on 7 March 29”, announced the raised requirement of source of fund. Where T1 Investor applicant must have their investment funds in non-restricted foreign control country for at least 2 years to be consider eligible. More importantly, government bond is no longer consider eligible option for Tier 1 Investor program.

Updates on investor program was effective on March 29th2019, on the same day the UK Government discontinued UK Tier 1 Entrepreneur Visa category, replacing it with the “Startup Visa” and “Innovator Visa” categories.

Some says it only takes £50,000 to invest in business with the Innovator Visa

As the major investment fund requirement significantly differ from (Tier 1 Entrepreneur Program) the program’ previous form, and the Tier 1 Investor program which involve £2,000,000. The program was widely discussed among people who are on a look out for immigration options.

For Innovator Visa, Applicants will need a minimum £50,000 fund to invest in their own business. Successful applicant, legal spouse and children under 18, will be granted a renewable visa last up to 3 years. However, government stated that innovators must work entirely on developing their business and may not take on other employment opportunities outside their business, meaning government will evaluate business operation upon the decision of approving one’s renewal or permanent stay application.

Set-aside the trouble of finding and presenting the business idea to an endorsing body. The program requires applicant to have extensive period of stay, reasonable turnover and local staff number in UK, potentially increase the cost of investment, generates underlining cost for the family. For the time and effort are too great, the program turned away most applicants who are looking for an “easy way out”.

How Does the Newly Implemented Rules Affecting Tier 1 Investor Visa

Government published statistics point out that the Tier 1 Investor program application number had a huge spike in the first quarter of 2019. Expert says it was contributed by the scare effect of the uncertain rule change, whether it was for the reform, suspension or the eliminated investment option. Immigration statistics tables, released by UK government also give confidents in applicants due to its high success rate, 297 applicants submitted in 2018, with 376 approved cases (nearly 95%).

The new rule in AML, source of fund explanation and 2-year deposit time gap does not apply to most HNWI. As most would have plans and structures set up around the globe, their money do not necessarily come from country of foreign exchange policy. New rule tries to protect UK from receiving funds enter by ways not breaking rules for UK and capital control policy of other country, but applicable only to the “unprepared” individuals.

Further, experienced investors soon find out that, a well set up padfolio in Corporate Bonds can potentially mare the risk rating and the outcomes from an investment objective. The removed government bond was not a huge disadvantage. With€836 million The UK Tier 1 investor program is still ranked on the top 5 most popular and lucrative investment visas around the globe.

Get in Touch with Experts For Immigration Solutions

Choose the company you expect to call